ACT (Axmouth Childrens Theatre) performed the Willy Russell play “Our Day Out” just prior to Christmas.

The play is set in Liverpool in the 1970’s amidst strikes and riots, it was shown as part of the BBC Play for Today series. It tells the story of a class of students and their kindly teacher who decides to take them on a coach trip for the day into the country. The headmaster intervenes and sends another teacher a strict disciplinarian along to keep his eye on things. Their journey takes them on a coach to a café, a zoo, a castle, the beach and finally a fun fair

The play threw up many challenges for the youngsters including involving a new member just a couple of weeks before the show and then on the day having another being taken to hospital, but everyone rallied around and the sell out audience were treated to an excellent performance with some notable mature performances from the young cast that drew much praise.

The lead roles of the main teachers were taken by Caitlin Tooze and Franklin Tuckley and they both shone, The other two teachers were played confidently by Annie Pushkarev and Josie Bennett. Lilley Smitham gave her usual polished performance as Linda and she was ably assisted by the promising newcomer Megan Birnie, other childrens parts were played admirably  by Riley (Alex Meacham), Andrea (Isabelle Hilton),  Digga and Zookeeper (Imani Ford) Kevin (Jack Bennett), Rosie (Poppy Coleman, who at just 8yrs old gave an outstanding performance in her first role) as did her sister Lily Coleman as Carol, the cliff scene with her and Franklin was a real show stopper. The coach driver was played by Josie Handley and other roles were taken by Imogen Oldfield who along with Beth Wood stepped in to fill vacant roles on the night as well as keeping things moving backstage.

This was a real team effort and thanks go to all who helped with food, raffle, publicity, rehearsals, lighting and prompting (for the record not one prompt was needed for the whole performance)

The raffle funds for the evening will be donated to the Devon Air Ambulance. 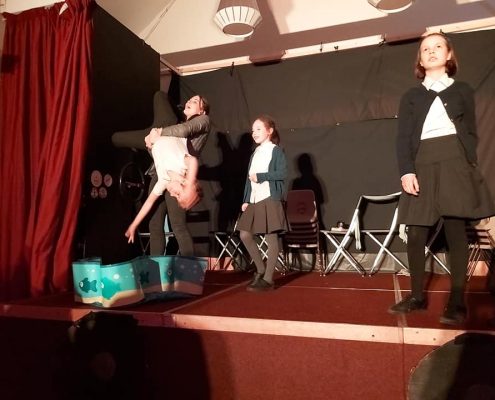 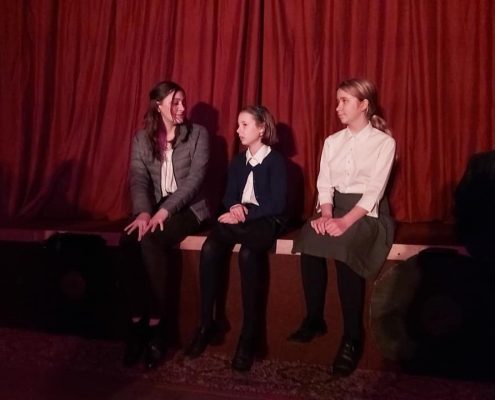 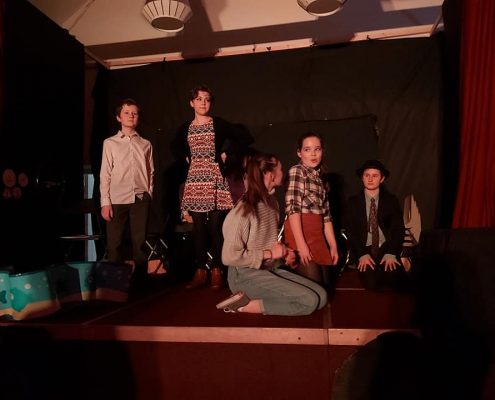 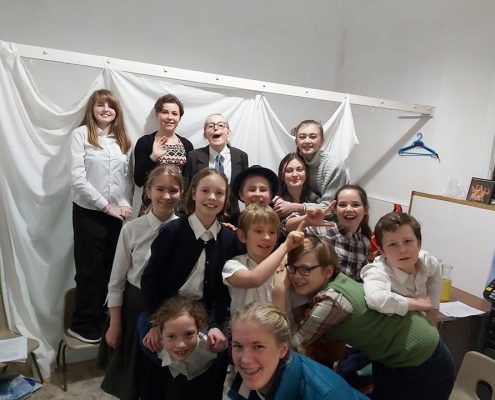