We Built this City

Axmouth Children’s Theatre (ACT) members were delighted with their new musical ‘We Built This City (On Rock‘n’ Roll)’.

Written and directed by Malcolm Henty it told the tale of a run-down city, Vexas, in America which was badly in need of some sort of miracle to save it.

And that is just what it got, complete with a spaceship and alien visitors.

The sell-out audience was greeted with a warming glass of mulled wine courtesy of CFB Steam Boilers before viewing the spectacle of over 25 trees all lit up with a music theme.

This theme continued as the lights dimmed and Sacha, Imogen, Caitlin and Lilley opened the play with a beautifully haunting rendition of ‘A Spaceman Came Travelling’.

Euan, as narrator, kept things moving along as we met the city council consisting of Avie, Brendan and Kieran.

It was then time to meet the kids – played by Luca, Matt, Callum, Bex, Jessica, Sacha and Imogen.

As the music and dancing continued, a donkey – brilliantly portrayed by Luca who, along with Euan, performed a wonderful version of ‘King of the Road’ – entered the story.

Next togglebog came one of the highlights as amidst smoke and green lighting the spaceship crew of Lilley, Caitlin, Nieve and Isabelle emerged from their stricken craft. As they pleaded for assistance, out of the shadows stepped Elwin as Bill the Mechanic who offered to fix the ship for them.

Having achieved this aim, his new-found confidence led him to unite everybody and let the council know they were not going to take any more of their nonsense and that they wanted their city back and of course, with the aliens’ help, that’s indeed what happened in the end.

The group also travelled to The Beacon at Kilmington for a second performance to help raise funds for the youth club there.

Mr Henty explained: “Having never performed there before, they were not sure what to expect but they found the large purpose-built stage very much to their liking and turned in a brilliant show for a surprisingly large and appreciative crowd.”

For these shows there was a cast of 16 youngsters, with ages ranging from seven to 16.

ACT is currently working on its pantomime, to be performed in Axmouth Village Hall in February. 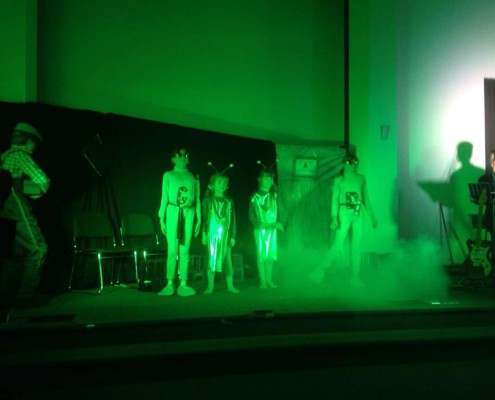 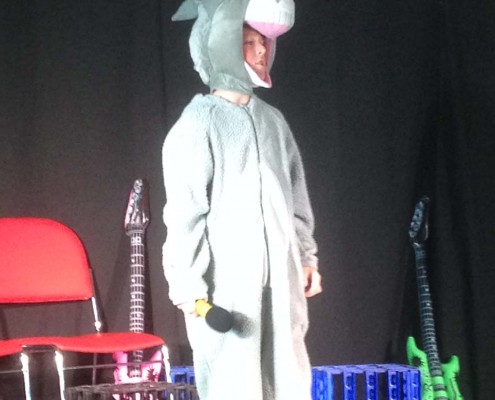 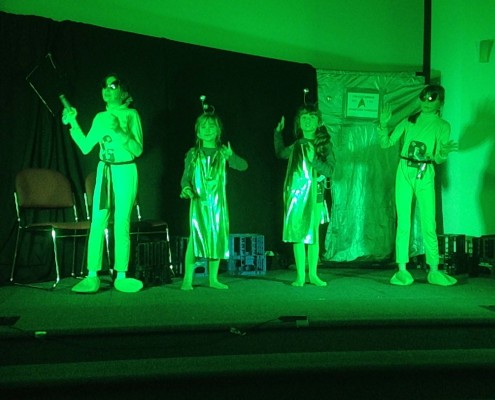 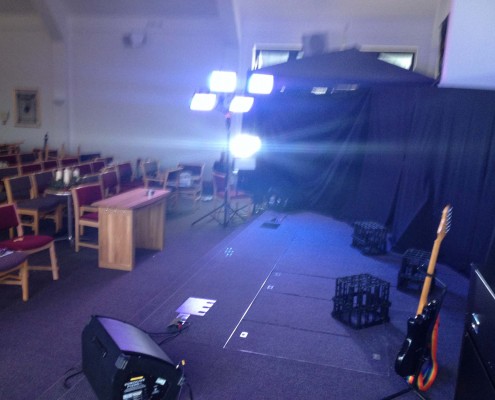 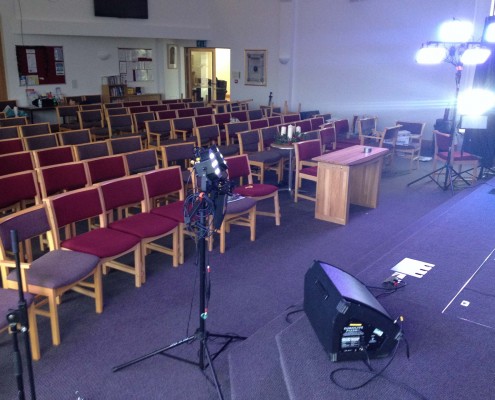