Sleeping Beauty was performed in February 2015, claiming to be the true story our version contained many odd characters and a whole host of Fairies including a wonderful performance of Fairy Orrible by Lilly Smitham, a wolf in the shape of Callum Wood made an appearance as did Little Red Riding Hood (Lotte Thorp) The Sleeeping Beauty herself was played by Jessica Spiller  who inevitably was woken with a kiss from “the handsome prince” (Matt Real). Also along the way we met Sonny and Cher and Rumple (Elwin Moss). The whole thing was held together by the Fairy Godmother (Beth Wood) who had trouble controlling her brood of young fairies led by the head fairy Fairy Good (Imogen Oldfield). The King and Quen were portrayed by Euan Hartnell and Beth Perry with Amber Snell as the royal nanny. All in all this was a great fun pantomime which was enjoyed by full houses on both nights 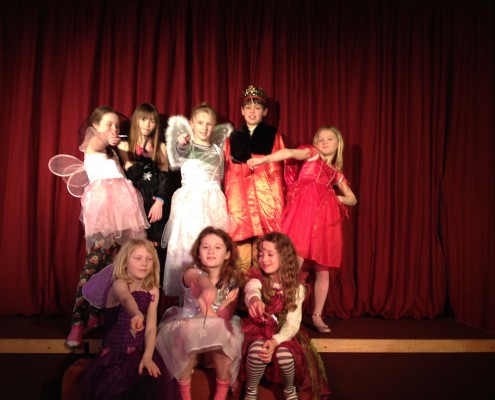 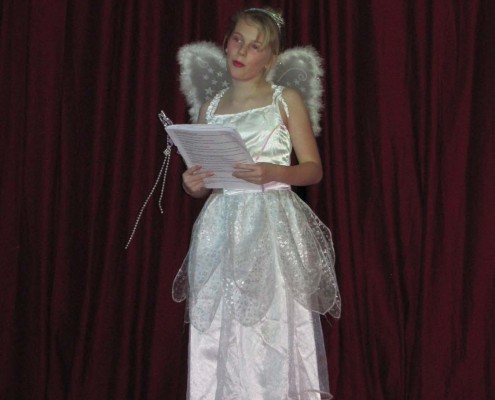 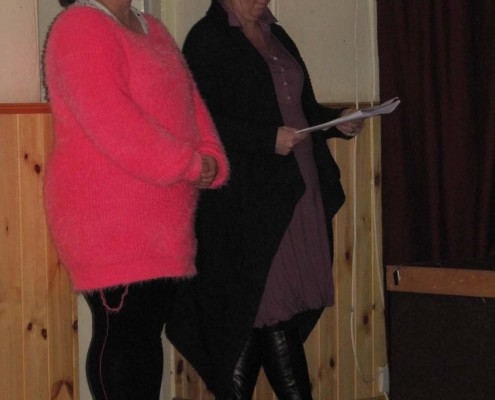 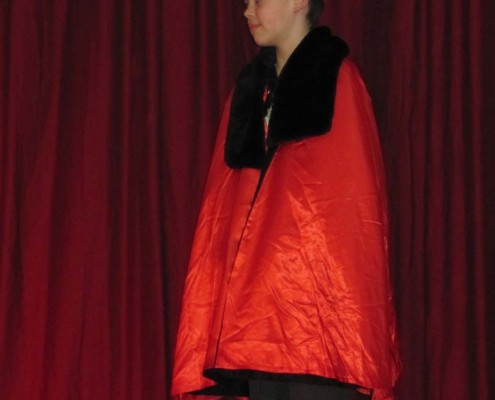 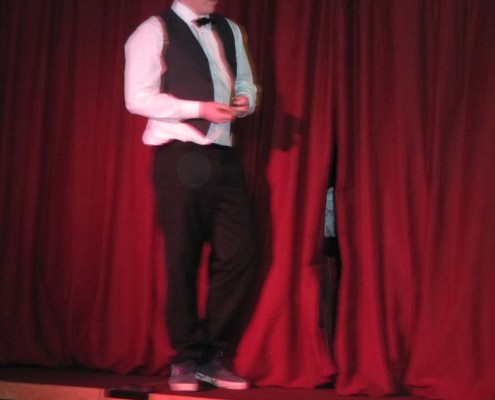 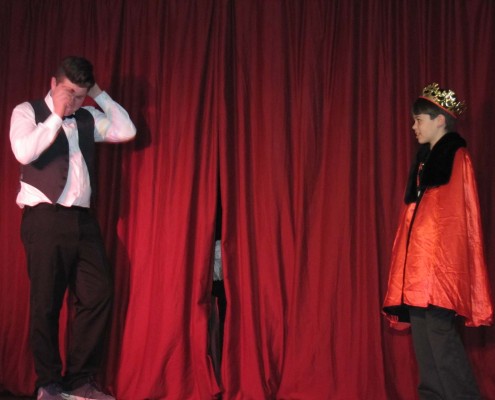 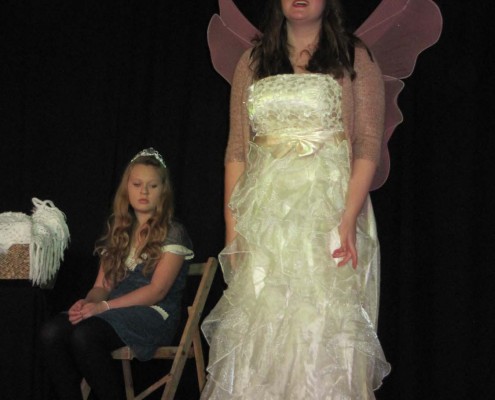 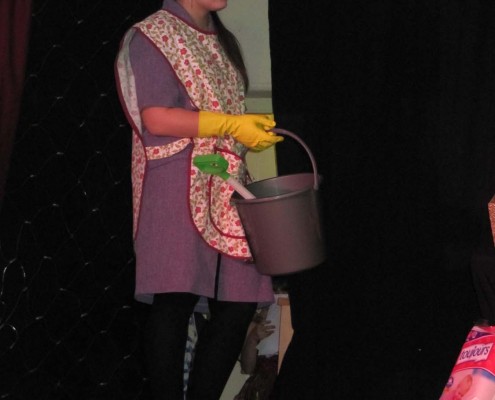 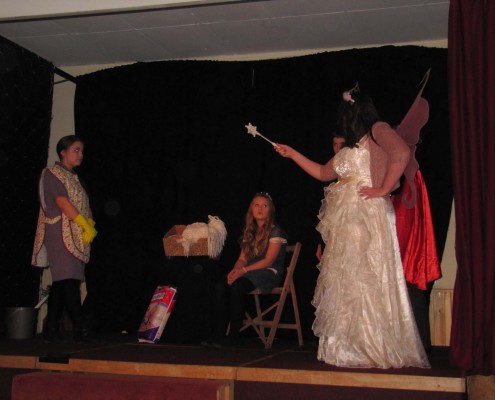 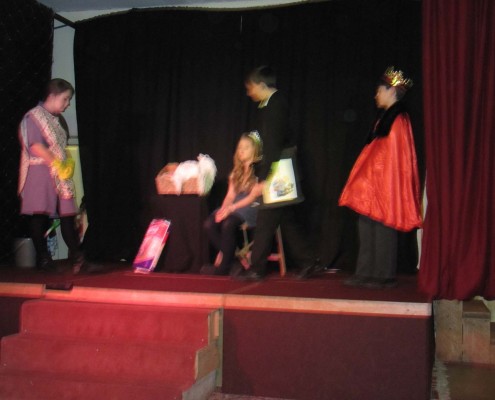 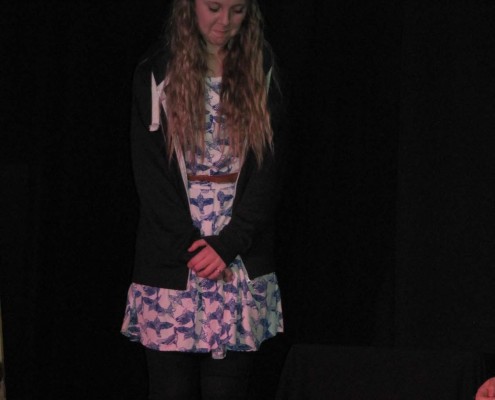 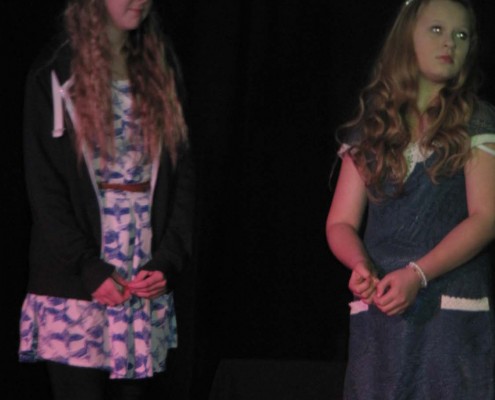 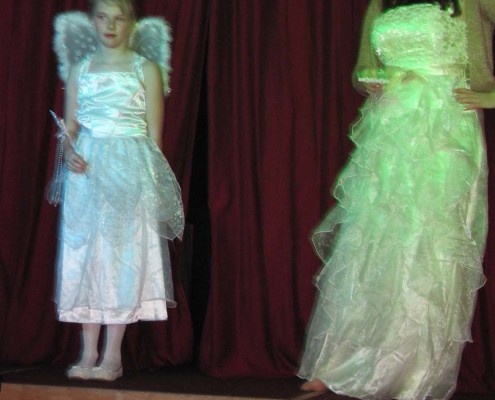 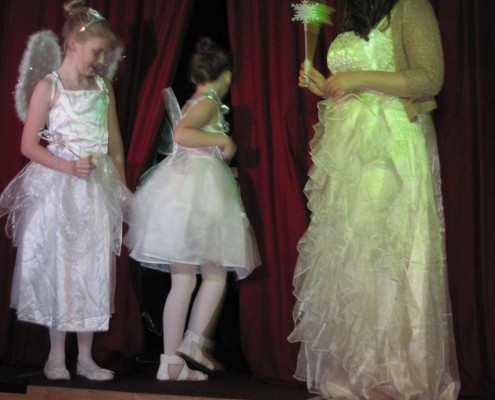 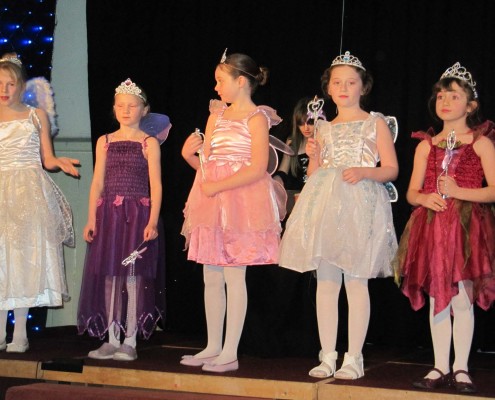 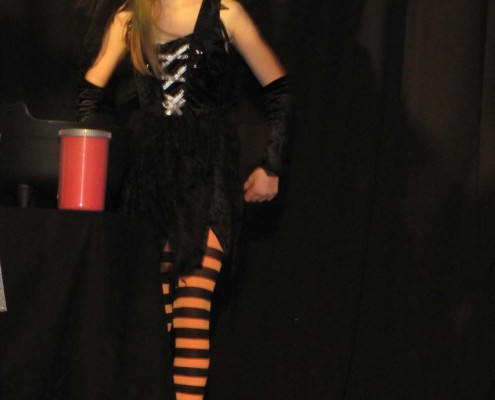 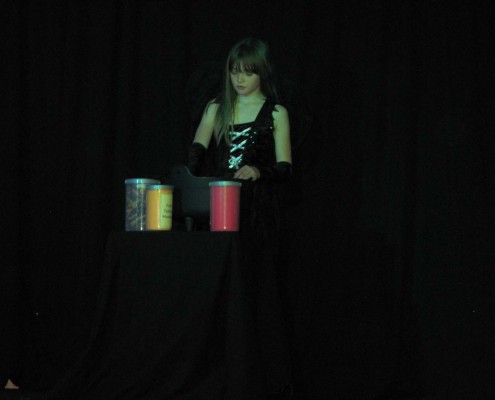 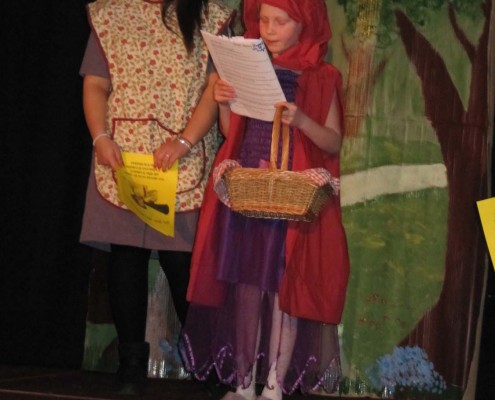 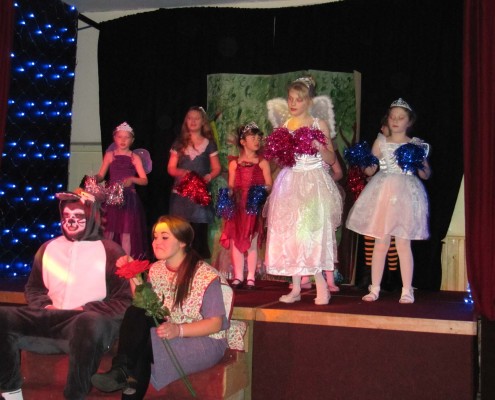 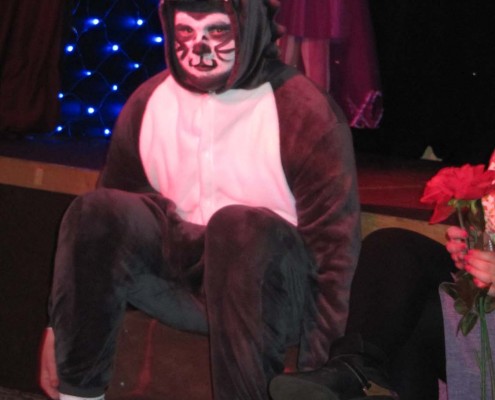 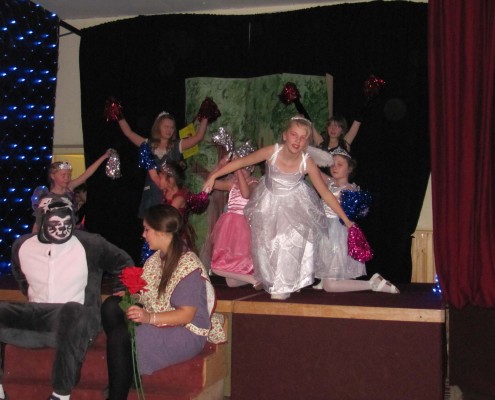 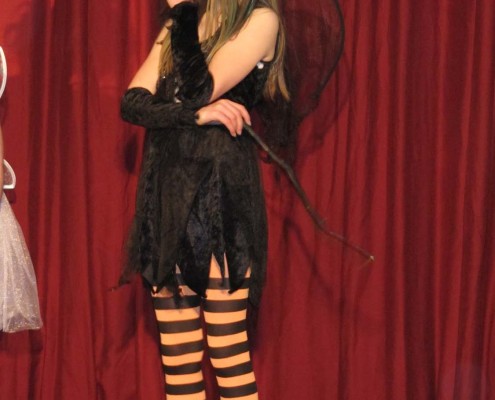 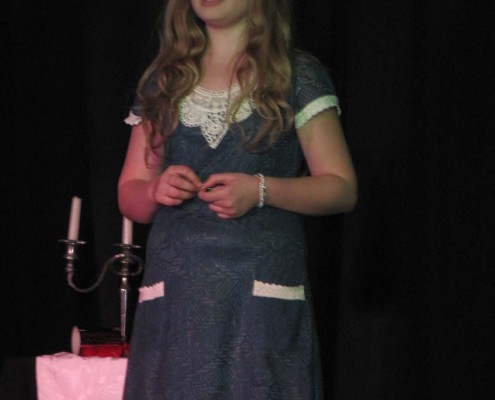 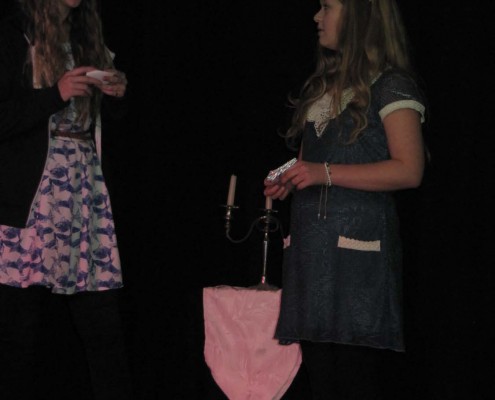 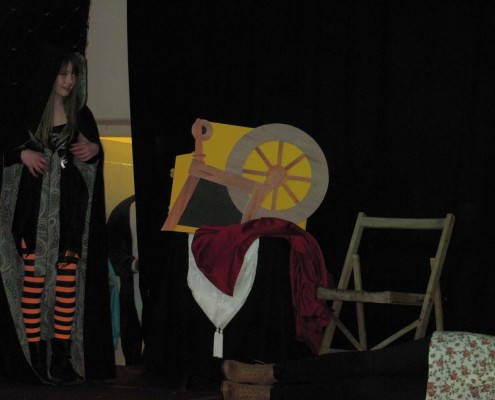 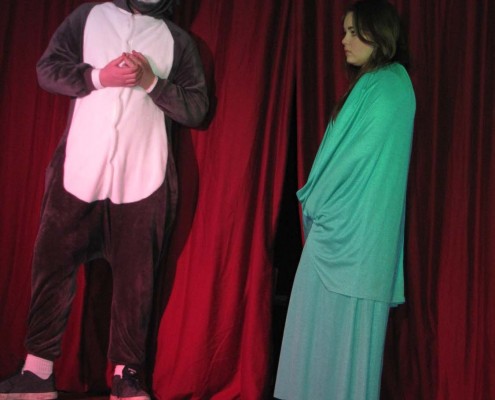 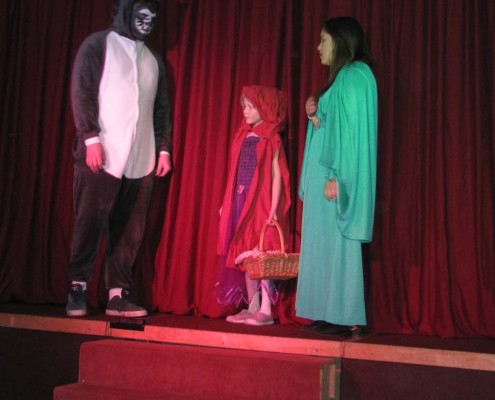 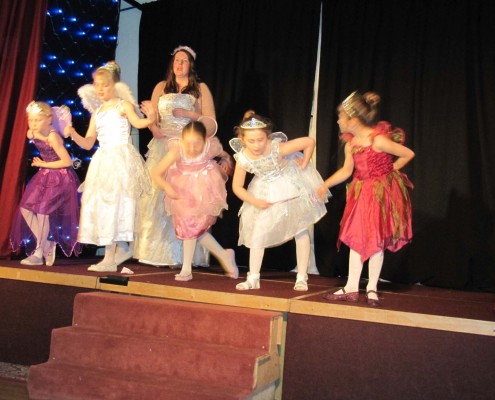