Axmouth Children’s Theatre (ACT) members were delighted with their new 2018 play ‘Penny For Your Thoughts’ written by Paul Sherman.

ACT (Axmouth Childrens Theatre) performed the premier of Paul Shermans new play recently in front of two enthusiastic and appreciative audiences, the play was written especially for them by Kent playwright Paul Sherman who also came to witness both performances.

The play told the story of a schoolgirl Penny Brightlove (Violet Tuckley) who had the ability to read peoples minds, this had drawn the attention of the notorious government agency DORRITT headed by the evil commander (Tatyana Pushkarev).

They try to infiltrate the school in the form of creepy teachers (Caitlin Tooze and Imogen Oldfield) but meet resistance in the form of Penny’s friend Dingle (Franklin Tuckley) and her boyfriend Jonathan (Alex McNiece). The storyline takes into account many issues faced by children today, including bullying in the form of Nadine Abbot and her chums brilliantly portrayed by Lilley Smitham, Josie Bennet and Isabelle Hilton, mother, daughter relationship, acted sympathetically by Elsa Wood and friendship. A special mention for young newcomer Jack Bennet who played both schoolboy and guard, although having no lines his stage presence was spot on. There were many notable performances and the acting skills and confidence of the cast shone through on both nights making for an enjoyable experience for everyone.

Director Malcolm Henty commented on how proud he was of the performances, this play was a hit with the kids from the moment that Paul Sherman came down to launch it with some workshops over a weekend in the summer, he also returned about a month ago to oversee some rehearsals, this has meant a special bond has been forged between us and he has promised more plays in the future for the group to perform. 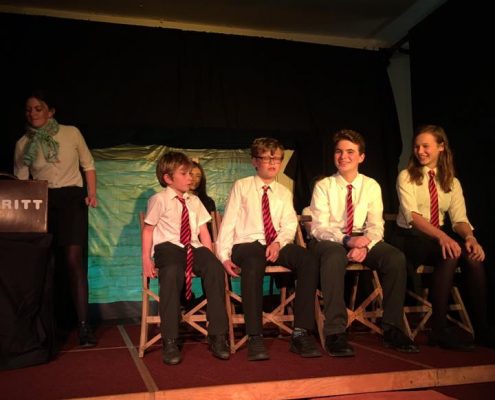 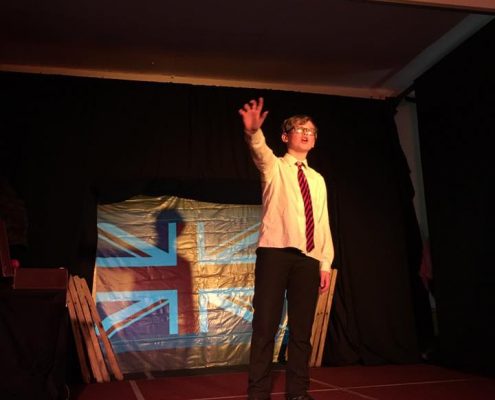 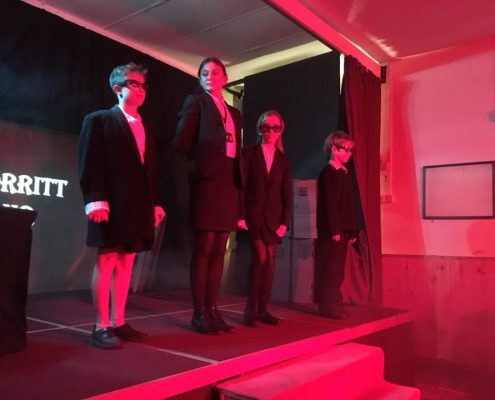 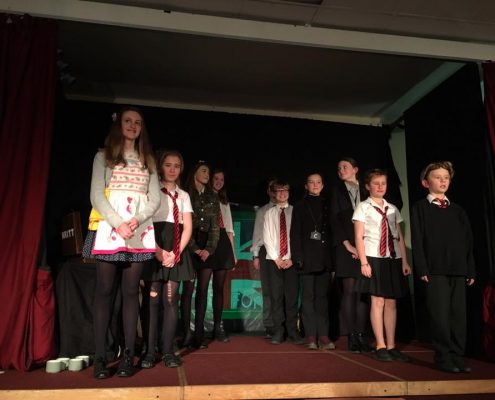 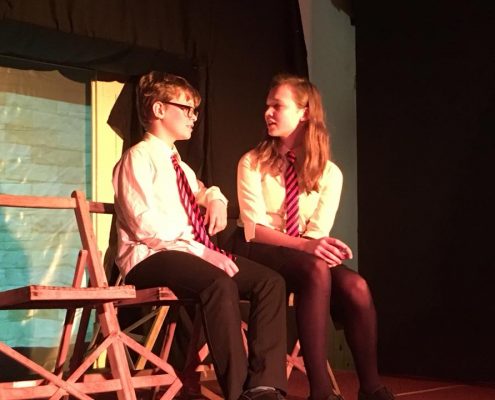 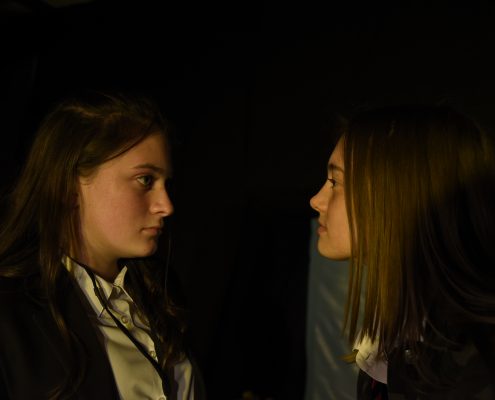 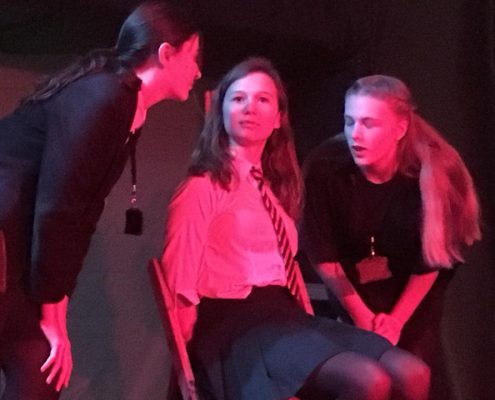 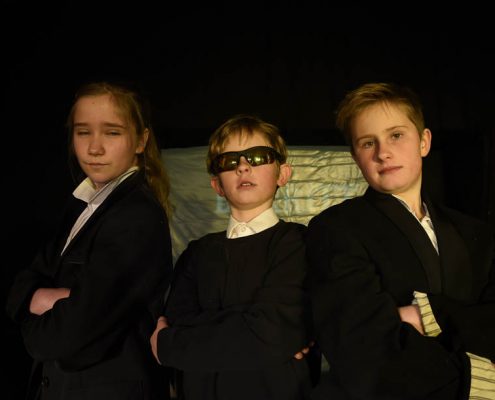